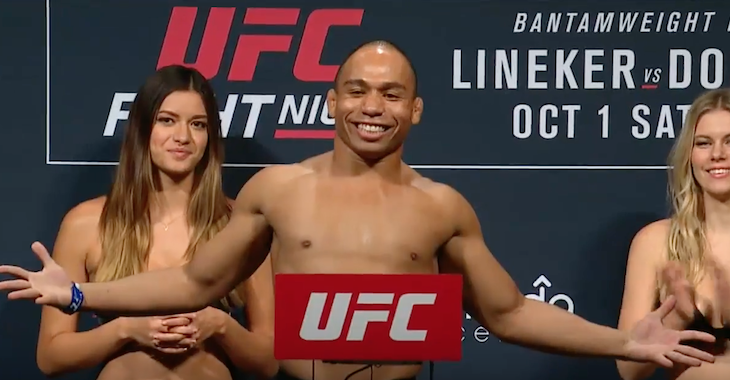 Back in October, two of the most exciting fighters in the UFC’s lighter weight divisions stepped into the Octagon in the main event of ‘UFC Fight Night: Portland’. Former flyweight title challenger John Dodson was looking to pick up his second straight win since returning to bantamweight, while John Lineker was looking to continue his reign of terror in the bantamweight division after being forced to move up from flyweight at the end of 2015. 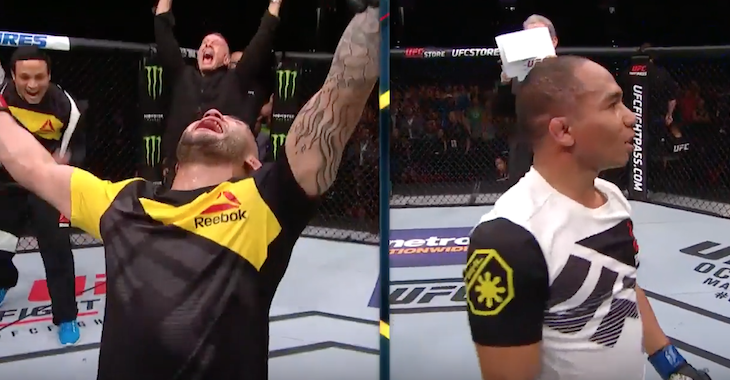 The fight was certainly an exciting one that ultimately saw two of the three judges score the fight in Lineker’s favor after five hard-fought rounds. Following the fight, Dodson was handed the minimum 7-day medical suspension, and was looking to have a quick turnaround, however he has been struggling to find an opponent.

He spoke on this week’s episode of BJPenn.com Radio:

“I was trying to fight on that Denver card (‘UFC Fight Night: Shevchenko vs. Pena’) on January 28th, and magically everybody said no! I’m that good of a magician that I make everybody disappear when my name is offered onto the table. ‘Hey you want to fight Dodson?’ ‘Ahh, nah I’m good. He hits too hard.'”

“Anyone. My big thing was I just wanted to fight anybody that was willing to say yes. At this point in time, like I lost my last fight. Everyone can sit there and tell me how much that I looked good in that fight, but at the end of the night, if I don’t come home with both paychecks I lost. I made that man look like Frankenstein and they said that he beat me up, when I made it look like in the streets he got his ass whooped. Very disappointed in myself…I should’ve just knocked him out.”

“I thought I won the fight. I thought I did enough damage going into 1, 2, and 5. I know 3rd round I had some difficulties because he was hunting me down and I thought he was going to slow down, he just surprised me. Same thing in the 4th round, I had to use more evasive maneuvers because I still thought he was slowing down. In the 5th round I just stuck it to him, punched him as many times as I could, took him down, and I had secured the dominant position, more than what he had done throughout the whole fight. Not only that, I landed 80% of my strikes.”

“He landed 24…I think it was less than 24, I think it was 23 or something like that. But, I’m making him miss that many times, and I had more significant strikes, and more total strikes. I should’ve been the victor.”