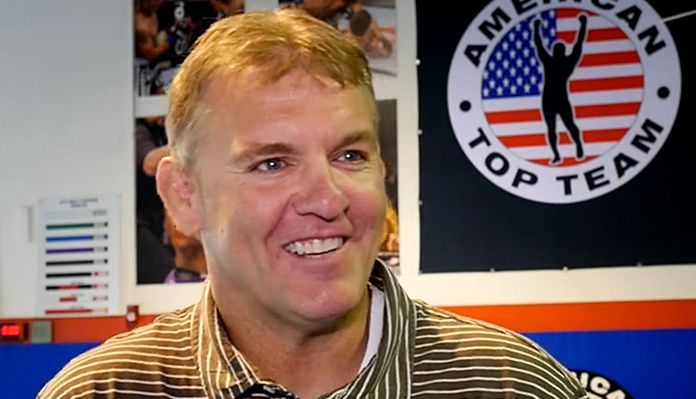 Arguably the best gym in the sport of MMA is American Top Team (ATT). The gym is the home of Joanna Jedrzejczyk, Colby Covington, Amanda Nunes, Dustin Poirier, Nina Ansaroff, and countless other champions and top contenders.

When Dan Lambert first started the gym, he didn’t think it would get as big as it has. He didn’t expect to become a top-level MMA manager either.

“No, it started as a hobby for us,” Lambert told BJPENN.com recently. “F**k you go back to the fights, we were a traveling jiu-jitsu team where the head coach fought. I didn’t think the sport would get this big, or our team getting this big but it has been a really fun ride.

As ATT started to attract more and more top fighters, the consensus around the gym was they had something special. But getting to that point wasn’t easy. Lambert and his coaching staff were trying to make this gym successful but, in those early days, fighters were more reluctant to uproot their lives and move to Coconut Creek, Florida than they are today.

In the end ATT blew up. It became a destination for many top fighters. Originally, however, that was not the plan for the gym. Instead, Dan Lambert and his staff hoped to develop world-class fighters from scratch.

“In the past, many years ago, it was how are we going to develop the next level of fighters. We were looking for young guys and girls to train because people were where they were,” he said. “Like people didn’t switch gyms or camps back then. In recent years, it has really gotten to people reach out to us. Really, there are a lot of benefits of going to a big team. One of the benefits is the number of training partners. The biggest advantage is having fighters always there who are better at striking or grappling or wrestling, you always have people who can push you.

“It is just different looks from different sizes. Over the years a lot of people just reach out to us,” Lambert continued. “We have an open door policy, if you want to check it out try it for a week and see if it is a good fit for you on your side and if it is a good fit on our side. If it is we go from there. We don’t have contracts with fighters, they are allowed to leave whenever they want.”

Having so many training partners is so crucial for any fighter. They can get any look they want in the gym without having to bring someone else in.

ATT has also started to attract young prospects, who join the gym in hopes of surrounding themselves with elite UFC and Bellator fighters.