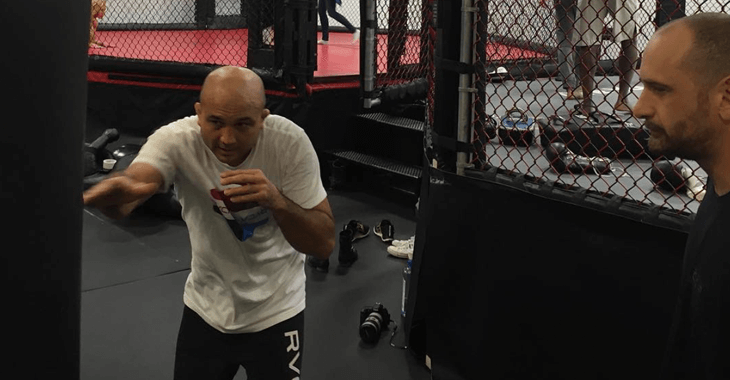 Earlier this month, it was announced that UFC Hall-of-Famer and former two-division champion BJ Penn would be making his long awaited return to the Octagon against Mexican featherweight prospect Yair Rodriguez. The two will share the main event honors of the UFC’s upcoming return to Phoenix Arizona on January 15.

As this massive showdown draws ever closer, Penn spoke with BJPenn.com to weigh in on Rodriquez, and the interesting challenges he presents.

“I don’t know Yair’s style too well,” Penn said. “I heard he does all kinds of kicks. I’ve always wanted to fight a Kung-Fu guy.”

Given Rodriguez’s proficiency on the feet, there has been speculation that Penn will do his best to drag the fight to the mat. Contrary to this speculation, PENN assured that he’s comfortable fighting Rodriguez anywhere.

“I will fight Yair wherever the fight goes,” he said. “On the ground, in the stand up, I don’t care.”

Wherever the fight unfolds, Penn says he’s confident that he’ll surprise Rodriguez, as he believes the young prospect probably thinks he’s past his prime.

“I think Yair will be surprised [by my skills],” Penn explained. “He probably thinks me and my moves are old.”

Penn also addressed the fact that he and Rodriguez both currently train under the tutelage of Greg Jackson in Albuquerque, New Mexico. According to the legend, Jackson has agreed to corner him, rather than the prospect.

“Greg [Jackson] told me he is cornering me,” Penn said.

Needless to say, Penn is confident that he can defy his critics and deliver an impressive win over the red hot prospect this January. And though he’s not sure where a win over Rodriguez puts him in the crowded featherweight division, he’s confident that he’ll be fighting for the belt in the not too distant future.

“The only reason I am fighting again is to get the third belt,” Penn said of his goals. “I don’t know where I will end up after I beat Yair, but I’m confident that everything will fall into place in the next few months after I beat him.”

How do think BJ Penn’s long awaited return to action will go? Sound off, PENN Nation!