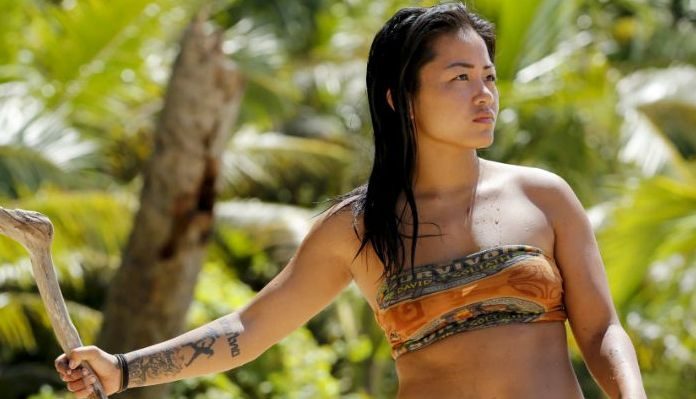 ONE Championship made some major moves in 2018 with the additions of Eddie Alvarez, Demetrious Johnson, and Sage Northcutt among others. In addition to those big names, ONE Championship also signed atomweight Bi Nguyen, a JacksonWink MMA product and a contestant on the last season of the hit reality TV series Survivor.

Unfortunately for Nguyen, she suffered a knee injury which forced her to pull out of the popular TV show. Although the doctors said she could still compete, Nguyen didn’t want to risk suffering further damager to her knee.

“It was more of a shock than anything. I had torn my ACL before then and I had to pull out of a fight,” Nguyen said to BJPENN.com. “If you have ever had an injury to then re-injury it is scary. After that challenge, I walked off and immediately knew something was wrong. I was like ‘Jeff, we need to check my knee.’ When the doctor checked my knee he said it is hyperextended, but not torn yet. The thing is, thinking about my career and just tearing it, I had to (pull out of the game). I love Survivor and wanted the million, but this is my life. Knee surgeries you can’t really go back from.”

Although having to pull out of Survivor was devastating, Nguyen ended up signing with ONE Championship after the show. She had hoped the UFC would open an atomweight division, but after rallying for it to no avail, she decided to sign with ONE.

“I actually wanted to sign with them for a while but was hoping the UFC would start an atomweight division,” she said. “I’ve been rallying for atomweights in the UFC for a long time now. I guess, as I got into the game more and got older, I just realized I had to move on. ONE Championship is doing amazing things with atomweights with Angela Lee. When they offered me a contract I jumped at the opportunity.”

The way they promote Lee is something Nguyen notices and hopes they can do the same for her. She believes the Asian market respects atomweights, which was another reason why she decided to sign with ONE.

“It was so important. I just love how they are promoting Angela Lee and how much they love martial arts,” she said. “There are no gimmicks. I know that is a reason why ‘Mighty Mouse’ went to ONE. Just dealing with them now, I get the impression they are about the fight game and not the gimmicks. I also got a lucrative deal thanks to my managers.”

Nguyen knows ONE is not about trash talking or the gimmicks as she says which is welcomed. She knows they don’t like trash talking, and it won’t get you fights. That way the best is always fighting the best, something Nguyen acknowledges.

“Yeah, for sure. I’m not much of a trash-talker, I’m not like Conor McGregor,” Nguyen said. “I think it is brilliant what Conor has done, but for me, it is more about the fighting. I think my fighting is exciting enough. Just to be focused on my skill-set and my fight, and they have enough skill to avoid the gimmicks and I’m excited about it.”

Ultimately, Bi Nguyen is ready to make her ONE debut in which she has been told a date but no opponent yet.

For now, Nguyen is training at JacksonWink but will be heading to Thailand for part of her training camp at Tiger Muay Thai. The preparation is underway and she is just excited to be finally make her ONE debut.