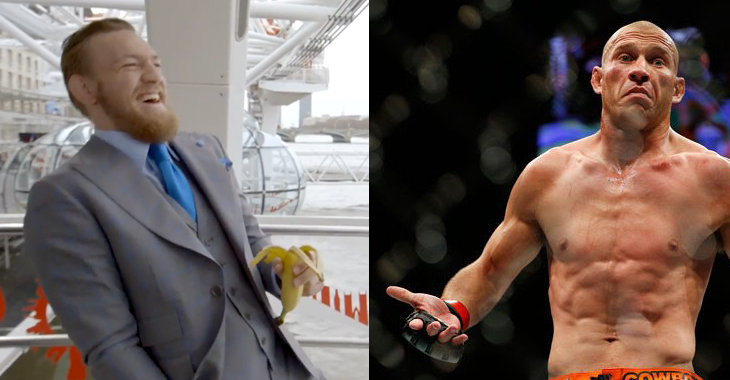 Former two-division UFC champion Conor McGregor appears to be down for a fight with former lightweight title challenger Donald Cerrone.

“For a fight like that Donald, I’ll fight you. Congratulations.” – Conor McGregor

Even UFC President Dana White, who once hoped to book McGregor in a rematch with Dustin Poirer for his next octagon appearance, seems ok with the idea of a fight between “Cowboy” and “Mystic Mac” occuring next.

Donald Cerrone recently took to Instagram where he posted the following message directed at the Irish Superstar.

A press conference surrounding a Conor McGregor vs. Donald Cerrone fight would undoubtedly be tons of fun. Both men are fan favorites and can produce both on the mic and in the cage.

Conor McGregor has not stepped foot inside the octagon since suffering a submission loss to Khabib Nurmagomedov at October’s UFC 229 event.

Do you think a lightweight fight between Conor McGregor and Donald Cerrone should be booked next by UFC officials? Sound off in the comments section PENN Nation!