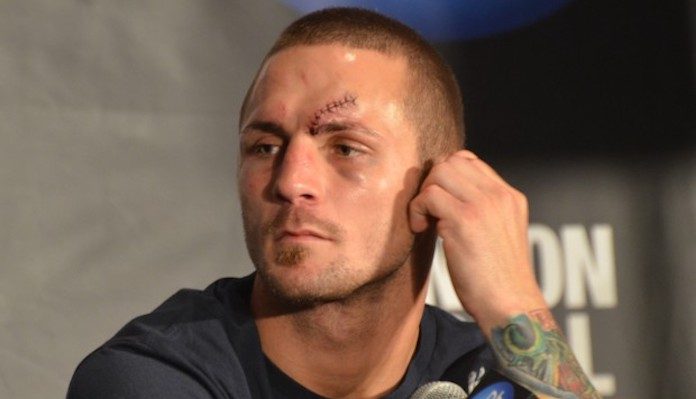 Wineland, who once fought for the UFC interim bantamweight championship, last competed in April of 2017, when he gave up a decision to John Dodson. This loss was preceded by back-to-back TKO wins over Takeya Mizugaki and Frankie Saenz. He is currently 23-12-2.

Perez, meanwhile, is on a three-fight streak, having recently bested Andre Soukhamthath, Iuri Alcantara, and Mathew Lopez. He owns an impressive UFC record of 6-1-1 and is 20-6-1 overall.

What a sequence!!@TurboPerezUFC avoids the takedown, stuns Lopez and then tactically finishes him off! Wow! #UFCGlendale pic.twitter.com/5cQoYNcFks

Here’s the full UFC Boise fight card as it stands.

Who do you think comes out on top in UFC Boise’s new Eddie Wineland vs. Alejandro Perez bantamweight scrap?