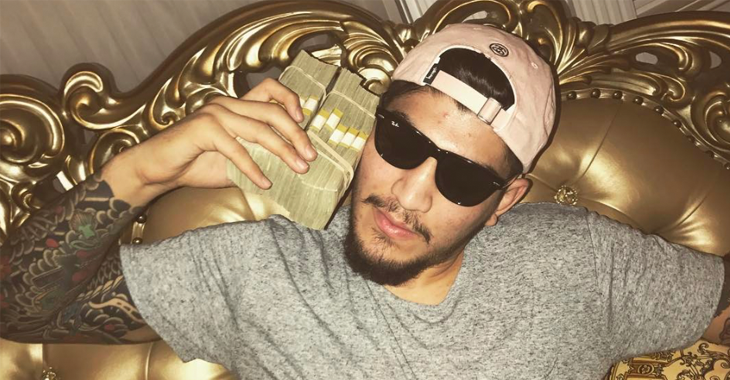 Not long ago, we learned that Conor McGregor training partner and world class jiu jitsu competitor Dillon Danis had signed with Bellator MMA. In the weeks since he signed with the organization, Danis has claimed to be the highest paid fighter on the Viacom-backed organization’s roster, and more recently, suggested that the organization’s upcoming pay-per-view “Bellator NYC” will be a flop if he’s not on the bill. All of this, despite the fact that he has never competed in MMA.

Danis then elaborated that Bellator would be very wise to include him on this upcoming pay-per-view card.

“They’ve got a bunch of guys that no one cares about,” he said. “But you put me on there, and the numbers will skyrocket, in my hometown, Madison Square Garden. The ball’s in their field.”

Finally, Danis commented on his recent claim that he’s Bellator’s highest paid fighter, imploring his doubters to voice their skepticism to his face:

Bellator NYC will go down on June 24th in New York City’s Madison Square Garden. The card will be headlined by a light heavyweight grudge match between Chael Sonnen and Wanderlei Silva, and co-headlined by a heavyweight showdown between Fedor Emelianenko and Matt Mitrione. The card will also feature a welterweight title fight between Douglas Lima and Lorenz Larkin, and a lightweight title fight between Michael Chandler and Brent Primus.

Do you want to see Dillon Danis on the Bellator NYC bill? Sound off, PENN Nation!