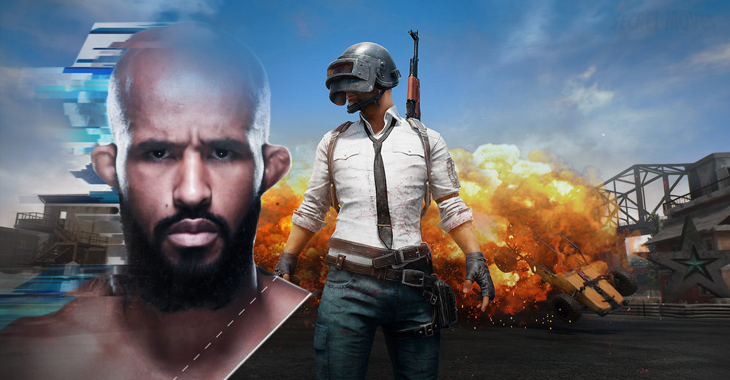 Demetrious Johnson is one win away from making UFC history at UFC 215. He’ll be fighting Ray Borg for his potential 11th flyweight title defense, breaking a record previously set by Anderson Silva. In between fighting the best of the best in reality, he’s relaxing and relieving stress by playing video games like it’s his job. That’s not just a turn of phrase, Mighty Mouse has made his passion for gaming into a legit business by streaming from his Twitch account.

Johnson vs Borg Embedded episode 2 is up!!! #UFC215 https://t.co/YIaqtQxGNv pic.twitter.com/OasN4t7YTn

Nearly every day of the week, you can join the rest of Demetrious Johnson’s +115K followers of his “Mighty Squad” and watch him play games live. If you want to have a little taste before you hit subscribe, the video above shows Johnson trying to be the lone survivor of Playerunknown’s Battlegrounds. It may be a welcome change to see such a composed and nearly perfect champion of the UFC lose and yell at video games just like the rest of us. He has nearly 350 videos you can watch on his Twitch account other than his livestreams, so you’re bound to find a game he’s playing that you like. Not only that, but you unprecedented access to the champion and can even contribute money to him directly.

Come to watch Demetrious Johnson laugh and scream at Battlegrounds, stay to see him try and copy the infinitely smiling ring girl from Conor McGregor and Floyd Mayweather’s boxing match. 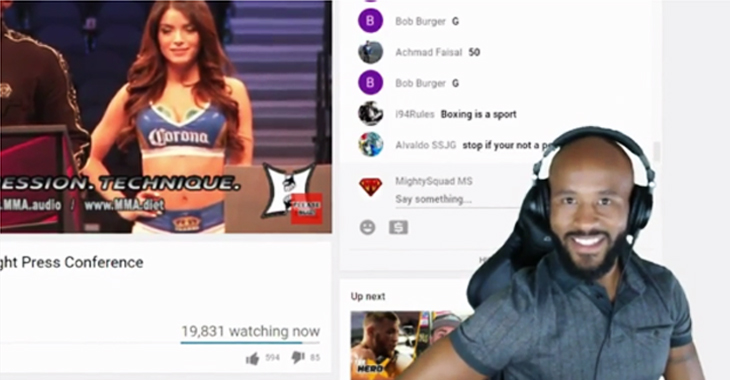