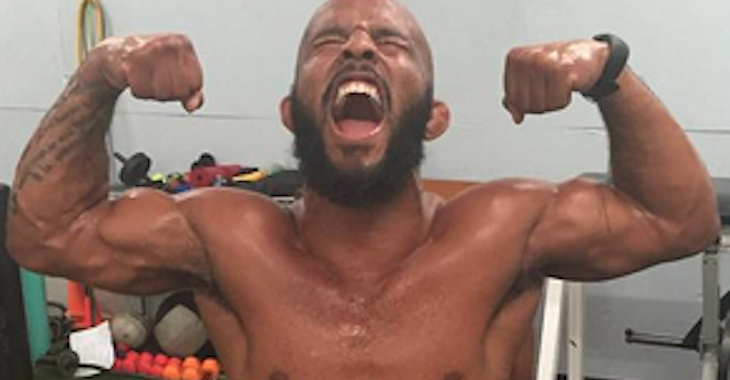 While many UFC fighters are still severely underpaid, others are starting to rake in some seriously hefty paydays.

At UFC 196, Conor McGregor became the first UFC fighter to make a disclosed $1 million for a fight. At UFC 200, WWE superstar Brock Lesnar blew past that record with a $2.5 million payday. At UFC 202, McGregor reclaimed the biggest payday record with a disclosed purse of $3 million, while his opponent Nate Diaz claimed a sizeable $2 million. Indeed, while most fighters still don’t make what they should, the precedent for big paydays now exists.

Unfortunately, UFC flyweight champion Demetrious “Mighty Mouse” Johnson (24-2) is not one of the fighters receiving these big paydays. Though Johnson is arguably the pound-for-pound best fighter alive, he only earned $195,000 for his last fight; a first-round TKO of top contender of Henry Cejudo. For the fight that preceded that one, which saw him defeat John Dodson, Johnson earned just $191,000. While these paydays are certainly nothing to smirk at, the flyweight champ is still not making the money that he could be.

Of course, if Johnson wants to make McGregor money, he’ll need a big-name opponent to help him sell the fight. At this particular moment, the biggest possible opponent on the flyweight champ’s menu is UFC bantamweight champion Dominick Cruz, a man he lost a decision to back in October of 2011.

On the most recent episode of UFC Tonight, Johnson weighed in on this possible rematch with Cruz, explaining that, for the moment, he’s in no rush to move up to bantamweight.

“I’m gonna keep on fighting the flyweight division,” Johnson said of his immediate plans, later adding that “I’d rather submit my legacy by having 14 title defenses [at flyweight].”

But for Johnson, money talks.

“Right now it’s about building that wealth, keep on making this money,” he said. “Eventually, if that big fight [with Cruz] presents itself….I’m searching for that seven-figure payday.”

“Dom’s not going anywhere,” the champ continued. “He’s gonna be at 135. I’ll hop up there and if the money’s right we’ll do it. Me and Dom have talked about this occasionally, and we want to make big money.”

For the moment, Johnson’s focus appears to be on defending his flyweight title as many times as possible–which will mean defeating the winner of the latest season of The Ultimate Fighter later this year. Should a superfight with Cruz present itself down the road, however, Johnson is down if the money is right.

Do you think a fight between Johnson and Cruz would warrant the seven-figure payday Johnson is after? Sound off, PENN nation!