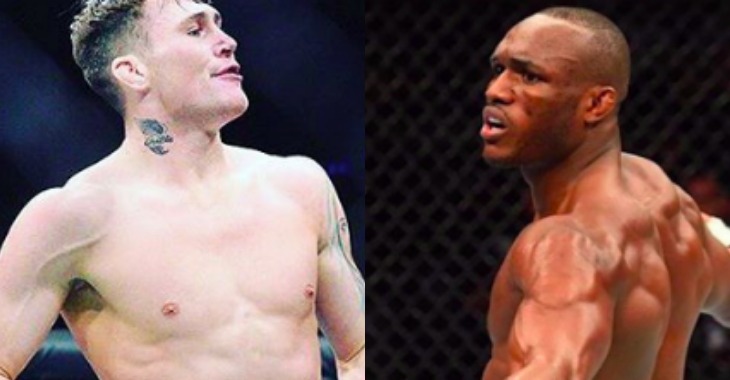 It’s 2018 and Darren Till still hasn’t been booked. You can chalk it up to scared opponents, intelligent strategy, or just the UFC’s booking department. Either way, he’s been wanting a fight ever since his dominant performance against veteran Donald ‘Cowboy’ Cerrone. Pretty much every welterweight in the entire division has been in talks for a fight with the Scouser, but none have materialized. Till’s eyebrows  raised up for Kamaru Usman’s fight last weekend, thinking Usman was going to call him out, but alas it didn’t happen. He once again voiced his frustrations in a recent interview.

“I thought if [Kamaru Usman] won, he would definitely say my name. I didn’t even watch the fight, but all I’ve heard is that he has terrible striking and all he did was force his opponent up against the fence. He might be able to do that to Emil Meek, but he wouldn’t be able to do it to me. I’m twice the size of him for f-ck’s sake. I’m twice as strong as him. Usman has been talking so much sh-t and his performance didn’t prove anything to anyone. He’s saying that he was at 30 percent, but once you’re in that cage your excuses go out the window. It doesn’t matter if you’re feeling ill or if you’ve got a broken bone, you’ve gone in there because you’ve decided that you’re in good enough condition to fight. I don’t believe in any of that bullsh-t.”

“Honestly, I have not heard a whisper about the London card. Not a thing. That’s the god’s honest truth. It doesn’t worry me. I’m the biggest star in the welterweight division after the champion. I’m just sitting back, training and staying focused. I’m happy with everything as it stands. I’m only 25. I’m still young. I don’t mind sitting back and letting people get excited about my return. As I said, I haven’t heard anything about London. If I’m not on it, I’m not on it. If I’m on something else, I’m on something else. It’s down to the UFC. They’re my bosses. I’m contracted to Dana White and he’s the big boss. I’m ready to fight whoever they think I should fight.” — Darren Till speaking to MMA Fighting.

London or not, Darren Till wants a fight. Any fight at this point. His fans seem to agree, who may not be as patient as Till according to his regular social media updates. All signs point that Till could a future contender in the division but he can never go on to prove it if he isn’t booked in a fight. We’ve gotten a storm of announcements since entering the new year, so the signs point that maybe we might not have to wait too much long to see Till in action.