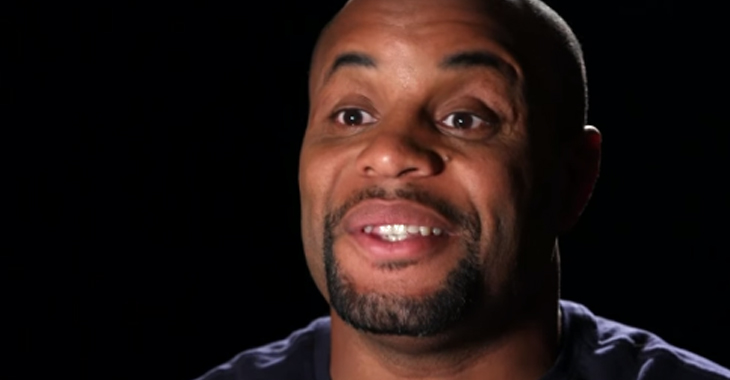 Everybody loves a good prank. Even the UFC Light Heavyweight champion of the world, Daniel Cormier. Cormier is set to defend his title at UFC 220 next month on January 20 against the streaking Swissman, Volkan Oezdemir. The event also features another title fight, that being in Cormier’s former weight class of Heavyweight. UFC 220 fighters are currently doing a media tour so Cormier found himself some time with the next Heavyweight title challenger and decided to show him that no one was safe from a good DC prank…including the current scariest man in all of MMA.

Francis Ngannou is 11-1 with all of his victories coming by way of finish and most recently is fresh off his Earth-shattering knockout of Alistair Overeem at UFC 218 and is ready to get back in the cage as soon as possible. Which is just what he’s doing as he challenges for Stipe Miocic’s Heavyweight crown in UFC 220’s main event. (video of the knockout can be seen bellow)

As for the Light Heavyweight champ, Cormier, his last fight took place at UFC 214 in what was initially a knockout loss to Jon Jones. That was until Jones’ drug test results came back and turned up positive for Performance Enhancing Drugs(PEDs) turning the fight to a no contest meaning that Cormier never lost the belt.