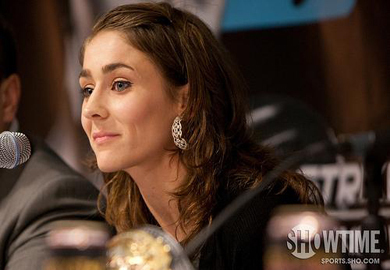 The recently announced Cristiane “Cyborg” Santos (11-1) vs Marlos Coenen (21-5) title rematch will headline Invicta FC 6. The event is targeted for a mid-summer date, near the end of June or beginning of July. Location, venue, and broadcasting details have yet to be revealed.

The first match was in the Strikeforce organization in January of 2010, and saw Santos defend her featherweight belt against Coenen with a third round TKO victory. Last weekend at Invicta FC 5, Santos knocked out late replacement Fiona Muxlow in the first round. This marked Cyborg’s ninth knockout win in eleven career victories, and was done after a nearly 16 month layoff. Meanwhile, Coenen has gone 4-1 in recent outings. After fighting Cyborg, she dropped to bantamweight and beat Sarah Kaufman for the Strikeforce bantamweight title.