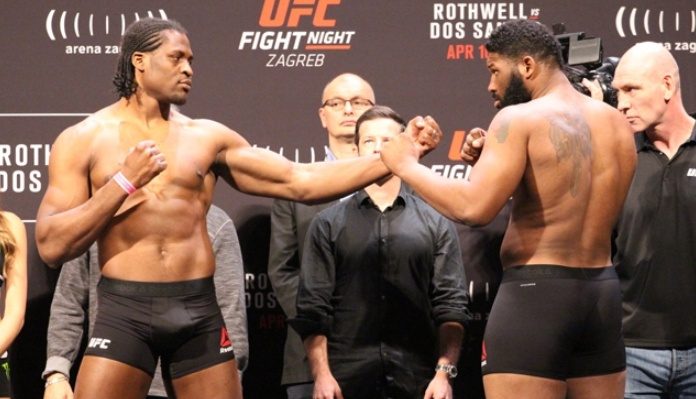 The heavyweight division over the past so many years has been one of the shallower ones in MMA. But that has begun to change recently.

Leading the charge are several talented fighters from all over the world.

The man who arguably started leading the wave of new top heavyweights was Cameroon’s Francis “The Predator” Ngannou.

On Ngannou’s meteoric and devastating rise to the top, he took out a range of fighters to get there. One of which was a fellow now staple at the top in Curtis “Razor” Blaydes.

The fight between the two was actually Ngannou’s most competitive while making his climb as Blaydes lost via doctor stoppage and as most fighters do, wanted to continue on.

Both fighters showed massive amounts of potential in 2016 and a rematch was expected at some point down the line. Well…here we are.

Ariel Helwani has reported that Blaydes vs Ngannou 2 is in the works to take place as UFC Beijing’s main event on November 24th.

Curtis Blaydes vs. Francis Ngannou is scheduled to be the main event for the 11/24 card in Beijing, China, per sources. The fight has been agreed to but not yet signed. Story coming to @espn.

Curtis Blaydes vs. Francis Ngannou is scheduled to be the main event for the 11/24 card in Beijing, China, per sources. The fight has been agreed to but not yet signed. Story coming to @espn.

Their first encounter happens to be the only blemish on Blaydes’ 10-1 record. Since then, Blaydes has won five straight with a no contest mixed in after testing positive for marijuana.

Blaydes’ last three wins have been his most impressive as he’s dispatched the likes of the consummate veterans Alexey Oleynik, Mark Hunt, and Alistair Overeem. He now hopes to get back his only loss vs Ngannou.

For Ngannou, he finds himself riding the first losing streak of his career as he’s lost back to back to former UFC heavyweight champion Stipe Miocic in his title shot then to Derrick Lewis in their forgettable UFC 226 co-headliner last month.