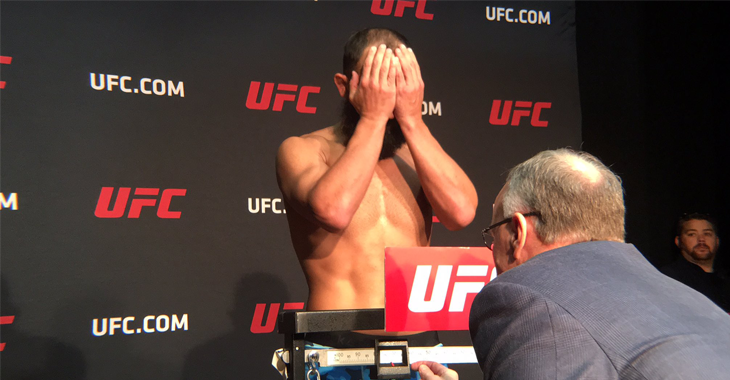 On Tuesday of this week, the California State Athletic Commission approved significant changes to the way it allows fighters to cut weight for their fights. The hope is that these changes will reduce the possibility of fighters badly hurting themselves by dehydrating themselves to make weight.

These changes will be implemented through a 10-point plan that was first suggested by CSAC boss Andy Foster back in March. These new changes are outlined in full in this document. As the document explains, “the plan includes a fight-day weight check, additional weight classes, and making repeat weight miss offenders go up in division. It was written in response to countless instances of extreme weight cutting affecting the health of fighters and loss of scheduled bouts.”

The full CSAC 10-point plan is as follows (via MMAJunkie.com)

Though it was initially unknown how top promotions would react to Foster’s proposed plan, it has now been given the thumbs up by promotions like the UFC and Bellator.

These changes will be in effect when the UFC touches down in Anaheim this July 29 with UFC 214. What do you think of these new efforts from the CSAC?