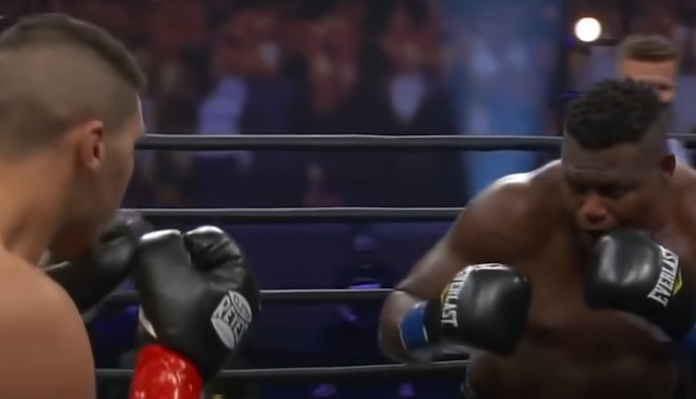 The California State Athletic Commission (CSAC) is withholding heavyweight boxer Alexander Flores’ $80,000 purse due to the bizarre ending of his latest fight.

Flores took on Luis Ortiz in the PBC on FOX main event last weekend. The fight went down as a blowout in Ortiz’s favor, as he wiped Flores out in less than a minute.

Despite sanctioning this matchup, which was clearly not competitive, the CSAC is now withholding Flores’ $80,000 paycheck as it reviews the ““the unusual nature of the fight being stopped.”

“I want to be very clear that all we’re doing is taking some time to review it,” CSAC executive director Andy Foster told The Athletic’s Mike Coppinger. ” … We’re not saying (Flores) did anything wrong at all. We need to take a look at this a little more than we have because (the conclusion) raised some questions. … We just need more information.”

Ortiz, who was looking to rebound from an infamous knockout loss to Deontay Wilder, represented a massive step up in competition for Flores, who has never beaten any notable competition. Nonetheless, there appears to be some concern that Flores effectively bowed out of the fight after sustaining some punishment early on.

The CSAC will review this stoppage at an upcoming hearing, the date of which has not yet been revealed. Foster admits this is an unusual occurrence, but evidently feels the bout needs to be reviewed.

“It’s very rare — we hardly ever do this,” Foster said.

See the stoppage in question below:

Do you think it’s right of the CSAC to withhold Flores’ purse while this stoppage is being reviewed? Let us know your thoughts in the comments section below.