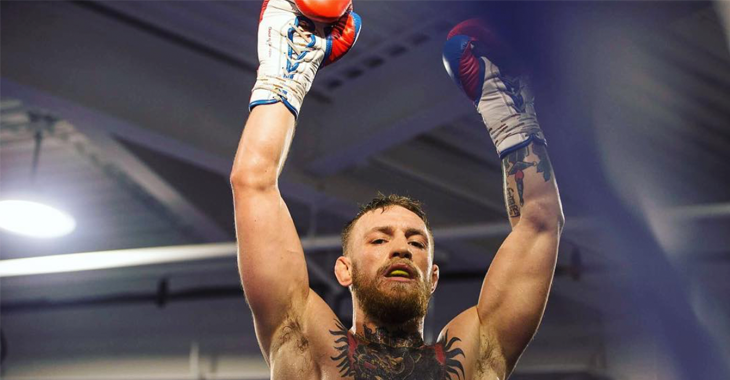 Hall of Fame boxing referee Joe Cortez has been a key player in Conor McGregor’s training camp for the big-money boxing match against Floyd Mayweather, which takes place on Saturday night. Cortez was brought in to referee the sparring sessions so “The Notorious” could get a firm grip on what can and cannot be legally done in the boxing ring. “He has a good punch and a lot of confidence in himself. His conditioning is superb, so you’ve got to give him a chance. Absolutely a good chance. He can punch, and he’s not going to be afraid to go in there and mix it up if he has to.

“McGregor knows how to cut the ring, and get him in a corner. He can catch him and hurt him.

“(Mayweather’s) 40 years old now, so he’s not a young Mayweather anymore. In boxing we all know that you can get old overnight, so we’ll have to see which Mayweather comes out.” Regarding his “dirty” boxing tactics that were seen in the short clips of him sparring with Paulie Malignaggi, Cortez said that McGregor is a student of the game and has learned the rules quickly.

“Some of the fighters in boxing break the rules, but given he’s such a good listener, I 100 percent think he’ll abide by them.

“He picked up real quick, right from the first class he did very well. McGregor’s a good student.

“He has what it takes to be very successful Saturday night.”