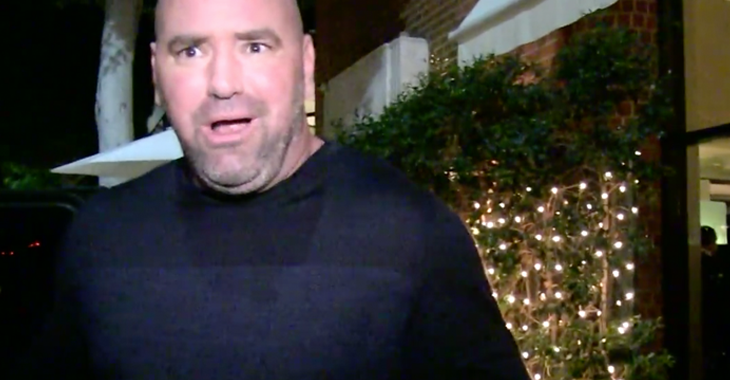 Following Conor McGregor’s historic UFC 205 win over Eddie Alvarez this past weekend that saw McGregor pick up a 2nd round TKO win to claim the lightweight championship, and become the first ever two-division UFC champion, boxing icon Floyd Mayweather heard that people were comparing McGregor to him.

That didn’t sit well with ‘Money’: “I’m a legend, a living legend, I gave years and years of hard work to the sport of boxing, it was blood, sweat, & tears, had a tremendous team, a tremendous run. Conor McGregor goes out there and does what he does, but never compare Conor McGregor to me. That’s a total disrespect. I’m an elephant, elephant don’t beef with ants. Elephant is so large he doesn’t even see ants.”

McGregor fired back with a statement of his own, saying “Say it to my face” to the boxing icon. Now, UFC President Dana White is getting in on the mix! Telling TMZ: “Conor McGregor…if he touches you, you go to sleep,” he said. “Floyd puts people to sleep too, with his fighting style, not with his hands. … Floyd can say what he wants about Conor, but even other fighters have to respect him. He’s special. Floyd’s never even come close to doing to other fighters what Conor does.”

Unfortunately, White has stated in the past that a fight between McGregor and Mayweather is undoubtably a long shot, and the chances of the fight actually happening are slim to none.