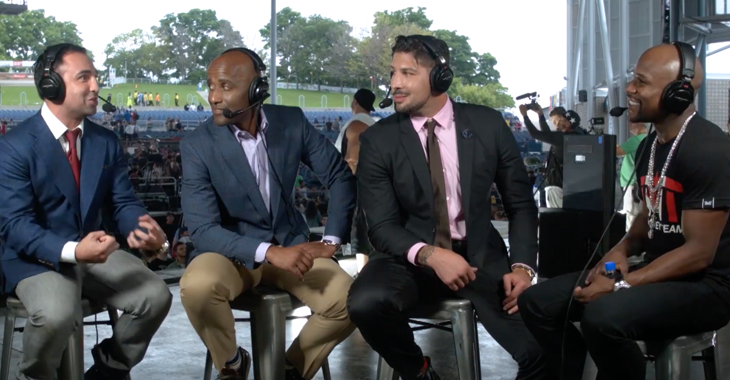 Brendan Schaub has never been afraid to heap praise on UFC lightweight champ Conor McGregor. On Saturday’s special UFC Rotterdam Fight Companion edition of The Joe Rogan experience, Schaub did just that once more, explaining the he believes McGregor will have an incredible amount of sway in future negotiations with new UFC owners WME-IMG.

“Conor has changed the game for the better, especially if you’re the fighter,” Schaub told Joe Rogan (h/t MMAFighting.com). “With WME, he’s steering the ship. Think about it, he made over – the numbers have come out and they’re saying it’s gonna be the biggest pay-per-view of all time – so he made $100 million, right? So you’re telling me if you’re Conor, and you’re part of his team you’re gonna go, ‘Hey, fight Nate Diaz for $5-10 million and also, we need you to wear this Reebok and they’re gonna pay you $100,000 a year.’ You think Conor’s gonna [do that]? You’re crazy.”

“You’re playing a different game now. You’re talking about the biggest athlete in combat sports. You’re not getting him for the $200,000 you were paying him a year. He can go, ‘Listen, I’m down to wear Reebok but it’s a different animal now.’”

“Conor’s changing the dynamics for everyone because now, when you want him to fight again, you can’t have him agree to those old terms. He’s a smart guy and [if] he learned anything from Floyd, [Mayweather],  you know when you fight Floyd you’re fighting a different animal…”

“That contract doesn’t matter if it’s [over] or not. The game has changed. There’s no way you keep going with [McGregor’s] current contract.”

Schaub then made a surprising prediction for McGregor’s next fight, suggesting the Irishman might fight under his own banner, McGregor Sports and Entertainment, and battle Paulie Malignaggi in Dublin.

“If I’m Conor and I have McGregor promotions . . . I’m just gonna go to Dublin and me and Paulie are gonna sell this 70,000 stadium out and I’m just gonna take all of it.”

What do you think of this take from Brendan Schaub?