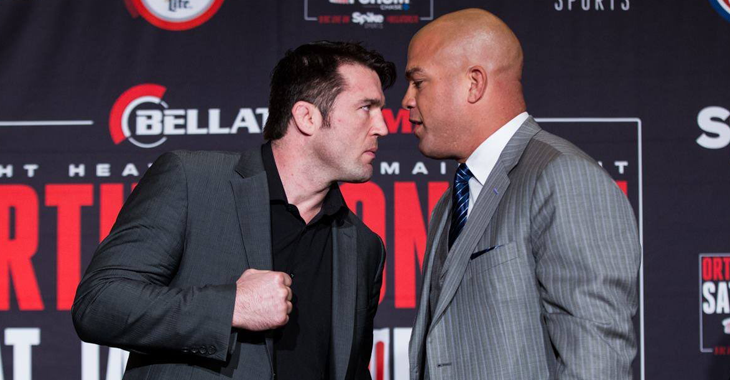 Bellator MMA’s Chael Sonnen recently made his promotional debut against Tito Ortiz in The Huntington Beach Bad Boy’s retirement fight earlier this year. Unfortunately for Sonnen, who was returning from his lengthy layoff following a suspension, he was submitted in the very first round.

During a recent episode of The MMA Hour, Sonnen spoke about the loss, and why he believes that Ortiz is actually a terrible fighter: “Oh, Tito is terrible. Tito was absolutely terrible. I was in the fight with him and that fight ended and some people said it was a fixed fight, to use that term.

“When you fight so poorly that some people can’t even imagine you fought that poorly that it has to be fixed, that’s not good. On some hands, it’s funny we can sit here and laugh about it. But that’s how bad it was.”

“Tito sucks,” Sonnen said. “I mean, Tito is so bad. And when you lose to a guy, then you suck. That’s the way it works, man. I wouldn’t put that guy without putting myself down. Tito is the worst fighter I ever fought and that makes me the worst fighter. And I just didn’t know that about myself.”

Regardless, Sonnen has not appealed the loss, and it will stand on his record.

“When you go out there and step down, yeah you do some soul searching, because you don’t want it to happen again,” Sonnen said of the Ortiz loss. “It’s very embarrassing and it’s a let down, not just to you and your fans, but your coaches. My coaches put in a lot of time with me for very little thanks. I do feel like I owe it to them.”