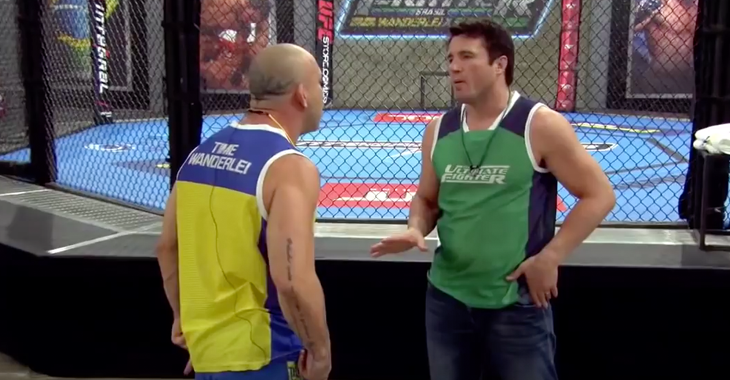 Bellator president Scott Coker is looking to put on a grudge match that’s been years in the making.

Ever since Chael Sonnen and Wanderlei Silva coached opposite each other on The Ultimate Fighter back in 2013, the two have never had the chance to settle the score in the ring.

After a series of blunders where Silva was punished for running away from a drug test as well as Chael’s suspension following a positive test, the fight seemed like it would never happen.

“We’ve had a contract with Wanderlei Silva even before Rizin ever got him onboard,” Coker explained. “With the contract we have with him, he won’t be able to fight for us until he is cleared with NSAC. I think in May he will be cleared to compete for Bellator.

“Since Bellator contracted Chael Sonnen, believe me, we’ve been getting texts and calls from Wanderlei saying that he wants that fight. So, I think you’ll see that fight some time in 2017 for Bellator.” How do you see the potential grudge match going down? Will Sonnen wrestle down Silva for the win? Or will Wanderlei score a knockout victory over his longtime foe? Sound off, PENN Nation!