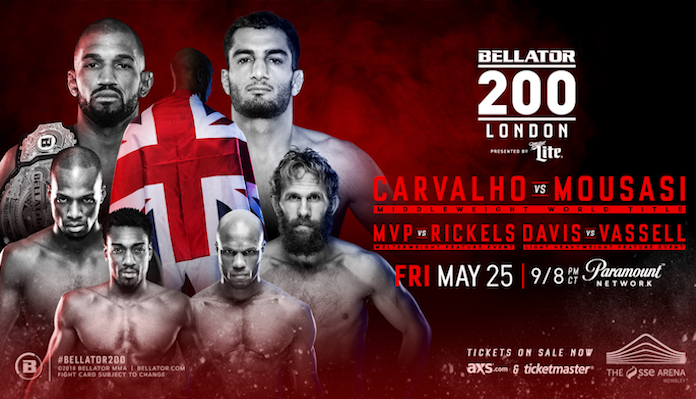 The historic event delivered with some highlight reel finishes and memorable fights.

In the main event of the evening, Gegard Mousasi captured the Bellator middleweight world title by scoring a first-round TKO victory over Rafael Cavalho.

Also featured on the Bellator 200 card was the return of feared striker Michael Venom Page.

“MVP” earned a second-round stoppage victory over David Rickels at the event, this after he landed a big punch that caused a massive cut over the eye of his opponent.

What was your favorite moment from Bellator 200? Sound off PENN Nation!