Friday night in the main event of Bellator 175, Bellator MMA veteran King Mo stepped into the cage with MMA legend Rampage Jackson for a highly anticipated showdown, where King Mo looked to avenge his 2014 decision loss to Jackson.

The rematch was an extremely interesting affair, with King Mo looking to utilize his wrestling to control Jackson, while the MMA legend looked to sprawl and brawl. King Mo won the first round on many of the fan’s scorecards, while Jackson won the second round on many fan’s scorecards. Ultimately, when the judges decision was read, it was King Mo who was awarded the unanimous decision win. 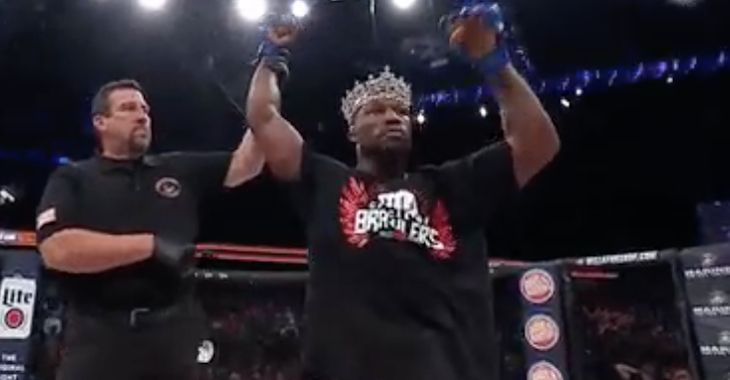 Here’s the best reactions from the MMA community on the situation:

.@Rampage4real on his way out to the cage!! #Bellator175 pic.twitter.com/Yl70scyBuN

Smart MMA grappling by King Mo pulling Rampage off the cage after the second takedown. #Bellator175

This 2nd round makes or breaks Page.

Rampage went rampage on the buffet!

One thing about Rampage is he's gonna show up and fight hard no matter what!

Even out of shape Jackson had a good third round and never gave up. Good effort #Bellator175

Believe me when I tell you, with his injuries, a mere mortal would've retired years ago. Mo is a throwback of a true fighter. https://t.co/bo2gLONq3Y