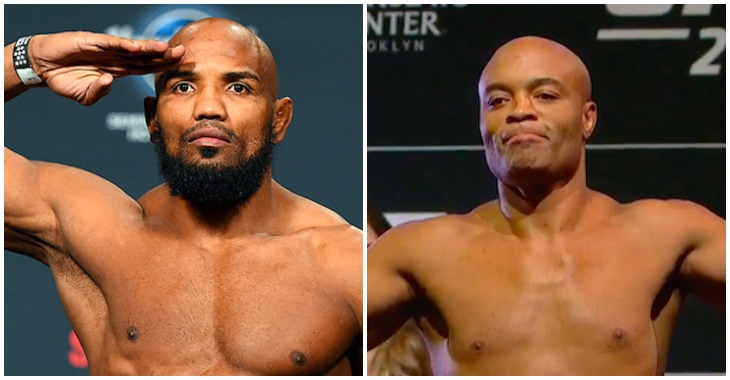 MMAFighting’s Ariel Helwani recently tweeted that “The Soldier of God” would step in and face “The Spider” but only on the condition that the fight be for an interim belt.

Per his team, @YoelRomeroMMA is willing to to fight Anderson Silva on 6/3 … if it's for an interim belt. No belt, no interest.

The former middleweight kingpin, Anderson Silva, was expected to square off with surging division contender Kelvin Gastelum at UFC 212 on June 3.

However, news broke earlier today that Gastelum had been flagged for potentially testing positive for marijuana metabolites stemming from an in-competition drug test conducted by USADA and was subsequently removed from the card by UFC officials.

The victory over Weidman marked Romero’s eighth straight win, boosting his record to an impressive 13-1 overall. Yoel has scored finishes in eleven of those of his thirteen career mixed martial arts victories. Would you like to see an interim middleweight title fight between Anderson Silva and Yoel Romero booked by UFC officials for June’s UFC 212 event? Sound off PENN Nation!