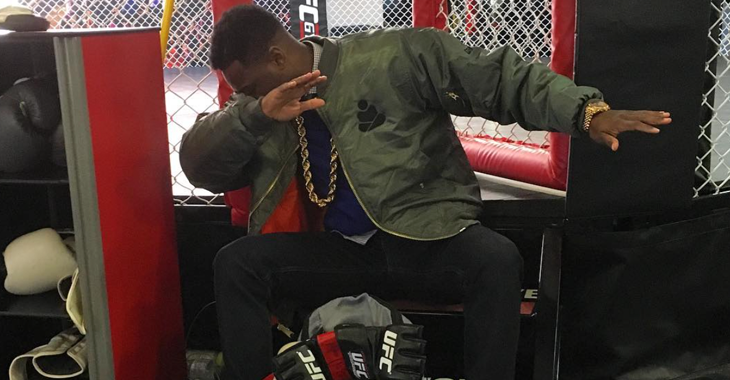 It seems like many of the MMA media outlets want to get undefeated bantamweight Aljamain Sterling’s name out there, but are lacking any help from the UFC. Even UFC color commentator Joe Rogan is puzzled why Sterling has not gotten a bigger marketing push from the UFC.

Sterling announced his decision to stay with the UFC on the MMA Hour with Ariel Helwani on Monday.

“I’m 100 percent happy with my decision,” Sterling said (transcribed by MMA Fighting). “I think I got a better deal for myself than I would have had.

“I was a little bit uneasy about it at first. I just wasn’t sure exactly what was gonna happen, because you never know where you’re going to end up.”

The former Ring of Combat and CFCC champion expanded on his decision.

“You can’t really put a value on the UFC name,” Sterling said. “That alone has value in itself. You go out there and say I fight for the UFC, people know exactly what that is. Ultimately, I think I made the right decision. I got some extra incentives in there. I’m happy with the decision I made.”

“The Funkmaster” holds a perfect record of 12-0 and finished three of his four UFC fights and is excited about what will come.

“We’ll see who’s going to be the opponent to get strangled next,” Sterling said.

The young bantamweight prospect went on to acknowledge that fighting isn’t a sport to grow old in.

“I don’t want to be resentful to the sport. I want to be able to leave the sport on a high note.”