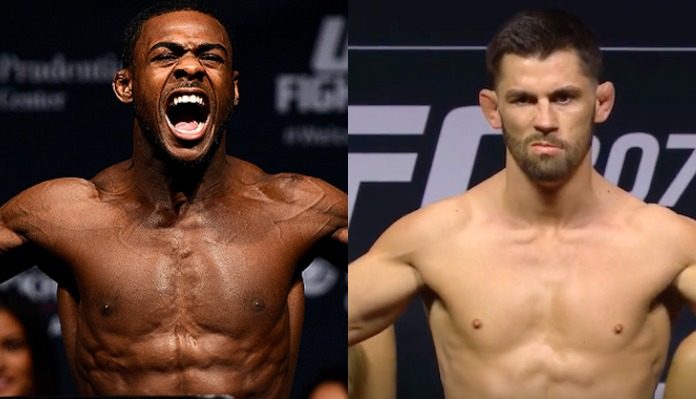 Last weekend, on the undercard of UFC 228, long-time UFC bantamweight contender Aljamain Sterling continued to distance himself from a tough knockout loss to Marlon Moraes, submitting streaking prospect Cody Stamann with a crafty kneebar in the second round.

“Let’s just day Cody wasn’t as flexible as Renan Barao tonight.” Sterling told MMAjunkie of his big submission victory backstage at UFC 228. “I heard his knee pop, and I thought he was going to fight through it. Because I know what it is, that outside ligament gets popped, the LCL, it might even be the PCL (or) ACL. Who knows? It’s just one of those freaky submissions, man. It’s a kneebar.”

Having earned this impressive victory, Aljamain Sterling is now keen to take another big step up the ladder and cement himself as a top bantamweight contender. In his eyes, a fight with former champion Dominick Cruz would be a great opportunity to do just that.

“In a perfect world, Dominick Cruz gets it next,” Sterling said. “I take him out, submit my name as the next guy in line to challenge for the belt, and I think I’ve got all the tools to become a world champion. I really do. I can strike with anybody, I think I’m very hard to hit, you see the strike differential in offense and defense, and I’m a nightmare on the ground. If I get these hooks in, if I get on your back, I’m attacking submission after submission after submission. So off my back, on top, you pick your poison.”

While Aljamain Sterling is keen on a fight with Dominick Cruz, we also know that Cruz feels he deserves the next shot at UFC bantamweight TJ Dillashaw. At this point, it’s hard to say whether he’ll accept anything else.

Does a fight between Aljamain Sterling and Dominick Cruz interest you? Who do you think wins?