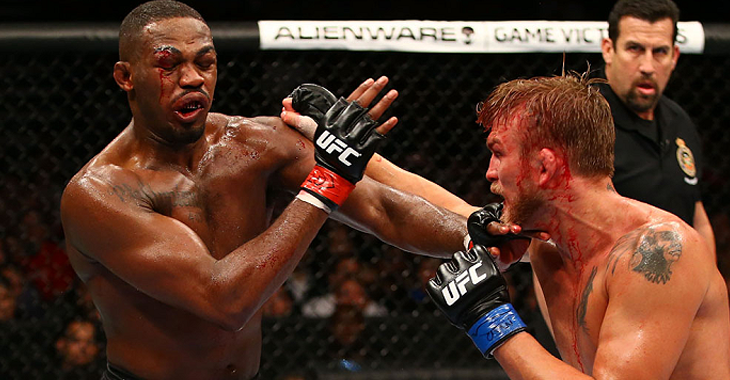 Back in 2013, Alexander ‘The Mauler’ Gustafsson stepped into the Octagon in the midst of a 6-fight win streak to fight UFC light heavyweight kingpin Jon Jones. The fight was an extremely back and forth one that saw Gustafsson give the champ the toughest test of his career, arguably beating Jones despite the fact that Jones was awarded a unanimous decision, and retained his belt.

Now, four years later, with Daniel Cormier, who is gearing up for his UFC 209 scrap with Anthony Johnson, currently reigning as the UFC light heavyweight champion, and Jones preparing to return later this year from a suspension, Gustafsson believes that a win over Jones could be as big as winning the UFC title: “Jones is one of those fights I think everybody wants,” Gustafsson told reporters at today’s UFC Fight Night 109 news conference. “It’s a hard choice because you have the belt, and you have Jones. Jones is a true champ in my eyes (because he never lost the belt in the octagon). There’s no one like him, and to beat him would be as big as being the world champ.”

Gustafsson of course is currently gearing up for his upcoming showdown with Glover Teixeira in May, where he is confident that he will emerge victorious, and move one step closer to a title shot: Gustafsson is coming off a unanimous decision win over Jan Blanchowicz back in September which saw him snap a 2-fight skid that saw ‘The Mauler’ drop back to back losses to Anthony Johnson & Daniel Cormier.