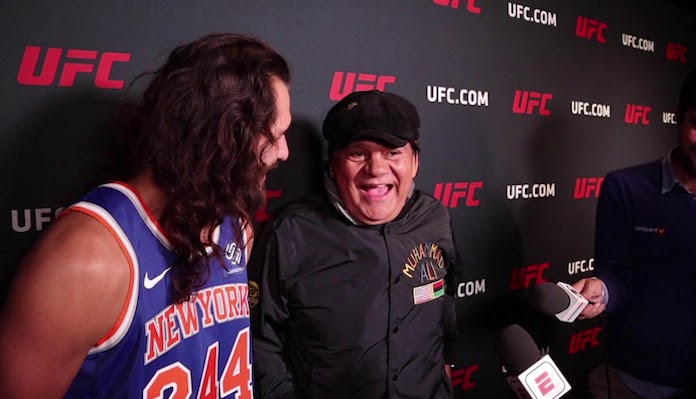 Boxing legend Roberto Duran has been hospitalized with COVID-19 in his native Panama.

Duran was initially hospitalized in Panama City, the Panamanian capital, with a viral infection. It was subsequently confirmed by his son Robin that he tested positive for COVID-19. Luckily, it doesn’t sound like Duran is in serious danger at this time.

“My dad’s tests have just arrived and it is our duty as a family to communicate the correct information to them,” Robin Duran wrote of his father. “For now, there are no symptoms beyond a simple cold. He is not in intensive care or on a ventilator, he is still under observation. We just talked to the doctor and he tells us that the lungs are fine and there is no indication of seriousness. Let’s continue to have faith that everything will turn out well. I keep you informed.”

Roberto Duran boxed professionally from 1968 to 2001. In that time, he won titles in four weight classes, and developed a reputation as one of the greatest exciting boxers of all time. Over the course of his legendary career, Duran defeated the likes of Iran Barkley, Ken Buchanan, Carlos Palomino, Sugar Ray Leonard, Saoul Mamby. He last fought in July, 2001, when he came up short against Héctor Camacho.