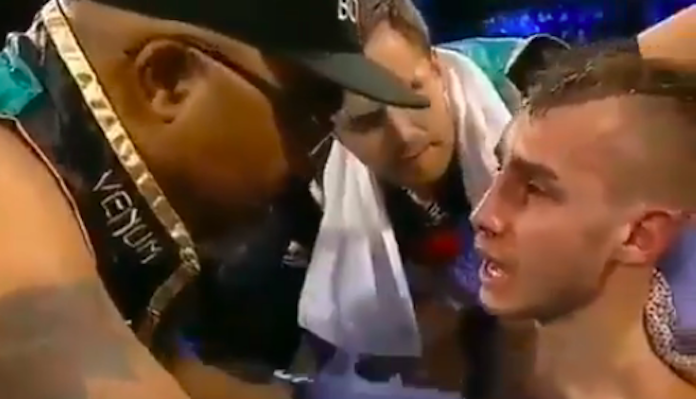 Boxer Maxim Dadashev tragically passed away on Tuesday morning following a TKO loss to Subriel Matias, according to a ESPN. The boxer died as a result of brain injuries he sustained in the fight.

Dadashev entered his final bout with an undefeated record. The 28-year-old junior welterweight’s trainer, Buddy McGirt, could be seen pleading his student to stop fighting between rounds, as he believed the young fighter was absorbing too much punishment.

While McGirt succeeded in ending the fight, it was unfortunately too late. Dadashev subsequently collapsed on his walk from the ring. He then spent the weekend and Monday in a medically-induced coma before passing away on Tuesday morning.

Unfortunately, tragedies of this nature remain commonplace in combat sports. In 2017, former UFC heavyweight Tim Hague died after a boxing match in Edmonton, Alberta. Late in 2018, boxer Adonis Stevenson was left critical condition after a knockout loss to Oleksandr Gvozdyk — though he is gradually recovering.

Maxim Dadashev, who fought with the ring name “Mad Max”, was 13-1. Rest in peace.