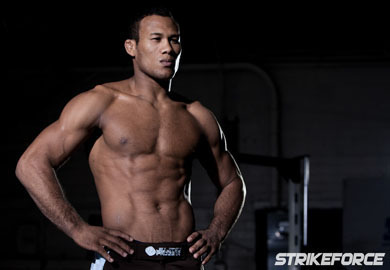 Last week we reported here on BJPENN.COM that, former Strikeforce middleweight champion, Ronaldo “Jacare” Souza had signed a five-fight deal with FORZA LLC, which is basically a subsidiary of the UFC and it’s partners.

Now his X-Gym coach, Josuel Distak, tells sherdog.com that the grappling sensation is guaranteed a UFC bid regardless of the outcome of Saturdays bout against Ed Herman.

“’Jacare’ is now a UFC fighter and signed a five-fight contract. The result of the fight against Herman will be the basis for choice of his debut opponent in the UFC, which I think will be in April… Jacare’ has a career to tread in the UFC yet; do not think about it for a while,” said Distak. “‘Jacare’ is going there to make his [own] history.”