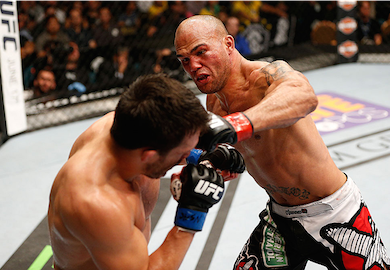 “How could you deny him the fight? The fight with (Johnny) Hendricks was awesome. With his performance before the Hendricks fight, there’s no doubt he’s the No. 1 guy in the world.”

UFC President Dana White confirmed Saturday night that Robbie Lawler is the man on top of the welterweight ladder.

And while Dana told the media that the former title challenger deserves another crack, he said Lawler’s personal affairs may hinder his shot.

“Robbie jumped in and fought this Ellenberger fight when he wasn’t even supposed to. He was supposed to fight Saffiedine. Robbie’s moving right now, he’s moving his family down to Florida. Buying a new house, gotta move down there and he just did two back-to-back camps. Said he hasn’t seen his kids in like 14 weeks or something like that, something crazy.”