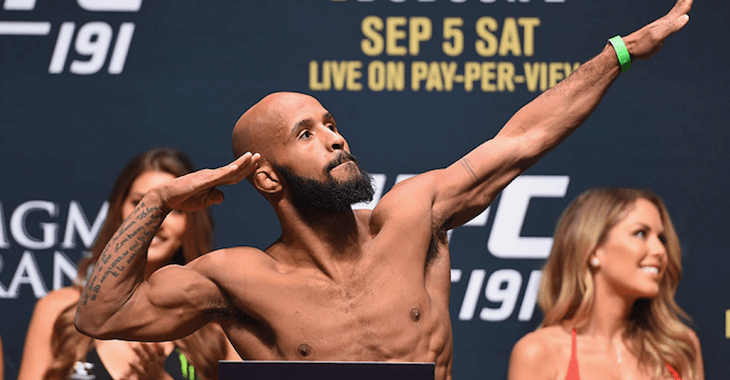 With fighters like GSP, Anderson Silva and Jon Jones currently out of the UFC, White agrees that ‘Mighty Mouse’ is probably the p4p king now.

After UFC 191, on FOX Sports 2’a post fight show, White talked about the main event between Johnson and John Dodson and said that because of how dominant the champ was in this fight, he now agrees with commentator Joe Rogan, who has called DJ the p4p best in the past.

“This was the fight to make in this weight class and Dodson had the power, the speed, the experience and got destroyed; literally, he got shut down. Joe Rogan’s probably right. ‘Mighty Mouse’ is probably the pound-for-pound greatest fighter in the sport. He looked fantastic.”

Would you consider Johnson the greatest or does that spot go to some one else in your mind?