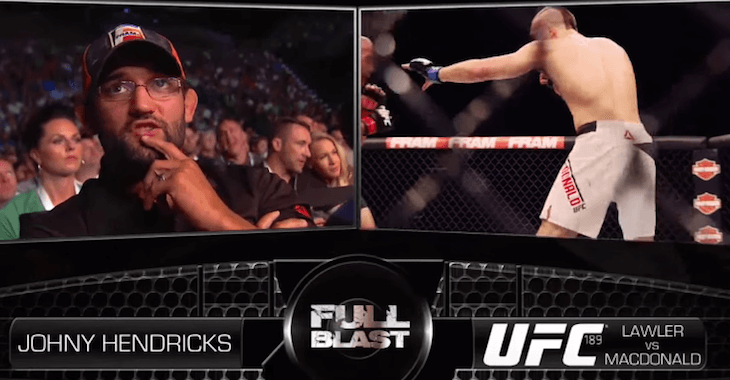 Johny Hendricks was cage-side to witness one of the best championship fights in Ultimate Fighting Championship history at UFC 189. Robbie Lawler proved to be a champion when he successfully defended his belt against Rory MacDonald on July 11 in Las Vegas, Nevada. MacDonald was a worthy opponent and took Lawler to the limit in a fight that saw both men walk out of the octagon with battle scars. Lawler would ultimately get the best of MacDonald in the final round, though.

Check out Johny Hendricks’ reactions to the biggest moments of the fight in the video below!

Hendricks steps into the octagon to face Tyron Woodley at UFC 192 in October and the match is being viewed as a title eliminator. Who do you think will walk out of the cage with their hands raised? Share your thoughts and make your predictions in the comment section below!