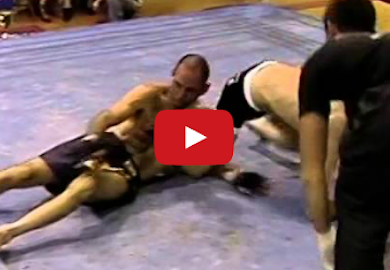 Cole Miller Takes on Joel Weldon in November of 2003 with this bout being the Second Fight of the Night for Cole in what was a 4 man Featherweight tournament. Cole is victorious by triangle choke in the first round.

Here’s why he released this old footage from the archives: