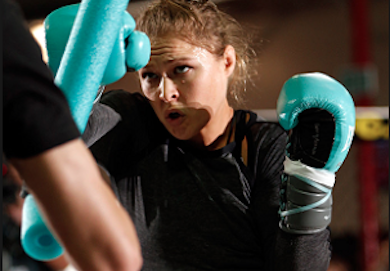 Alright so, after watching this video, I think it’s safe to say that UFC bantamweight champion, Ronda Rousey, has been working on her stand-up.

While she’s known for her grappling prowess, ending 100% of her fights with an arm bar submission, many want to see the champ stand and bang.

Ronda recently touted herself as the best Striker in her division, and while that’s hard to prove, it’s definitely obvious she’s been putting in the work.

But shadows don’t hit back!

Watch the video below and let us know if you think she can put it all together this weekend against Sarah McMann.