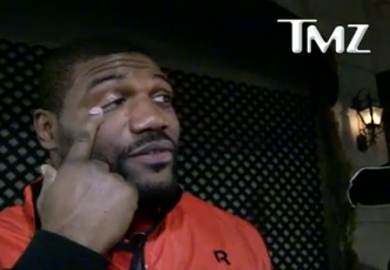 He continued … “The UFC didn’t treat me right. I don’t like the way I was treated there.”

So what pissed him off? Rampage says he was screwed out of cash … and he feels betrayed over a deal involving Rampage action figures.

Jackson says he’s hungry to sign a new deal with a rival MMA company so he can forget the UFC for good — but he’s contractually obligated to wait a month after his last fight until he can sign a new deal.