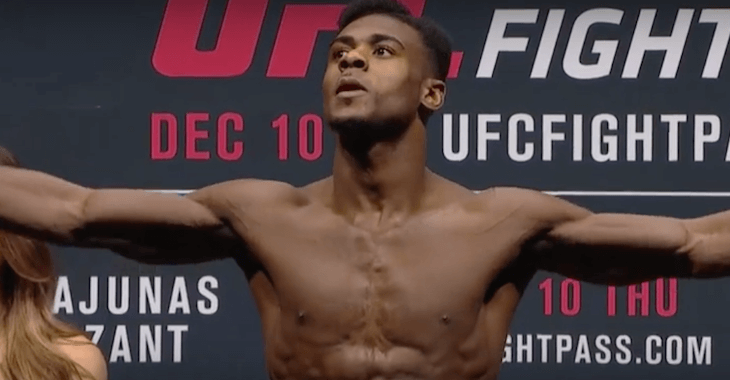 The opening two minutes of the fight was a feeling out process.

Eventually Aljamain Sterling would score a takedown and begin unloading some serious ground and pound on Johnny Eduardo.

Eduardo was getting busted up by punches and elbows and attempted to scramble. In doing so, he gave up his neck to Sterling who promptly sunk in a guillotine choke.

It took just seconds before Eduardo was forced to tapout to the submission and Sterling remains undefeated.

Aljamain Sterling submits Johnny Eduardo (guillotine choke) at 4:18 of round 2