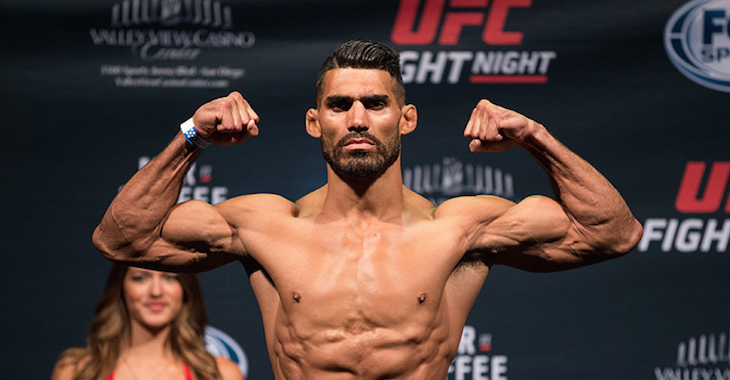 The first fight of the night went down between welterweights Lyman Good and Andrew Craig.

Right away they went at each other, meeting in the center and exchanging. Good used his jab to keep Craig on the outside. During an exchange Craig landed a nice right hand. Both fighters tried throwing out jabs. Good’s ear got busted up with that big shot from Craig. Good’s jab landed pretty consistently. Good slipped a punch and landed with a big leg kick. Moments later Good connected with a big head kick that looked like it rocked Craig. The round ended before Good could do any more damage.

In the second round Good came out and started landing his leg kicks. Craig landed with a nice combination. Good then connected with a right hand. Craig managed to get him clinched on the cage for a moment. They moved away from the cage, but stayed in the clinch, Good landed a big knee that momentarily dropped him. Craig survived and got to his feet. Just a few moments later Good landed a massive right hand as Craig moved in. Craig went down and Good jumped all over him. He pounded him until the referee stopped the fight. Good wins his long awaited UFC debut.