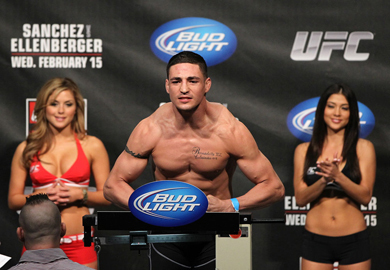 In what will be Sanchez’s first bid back down at lightweight, following an unsuccessful title challenge against BJ Penn, Diego missed the mark and came in heavy for his fight against Takanori Gomi.

The Ultimate Fighter season 1 winner, packed his bags and moved up to welterweight following his title defeat, but as of late decided to give the 155 division another run.

AS a result of the missed weight Sanchez will be fined a portion of his purse that could amount to $20,000 should he win.

All other fighters made their contracted weight obligations and the full results are as follows: