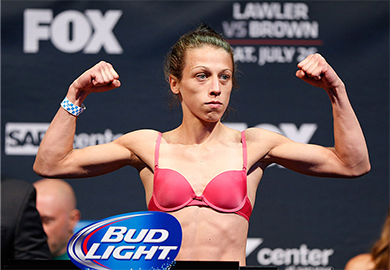 Every single victory counts when you are a UFC Strawweight because the division is so new. The fact that Joana Jedrzejczyk put on such a one-sided beating raised her stock within the weight-class that much more.

Juliana Lima seemed to walk into the center of the octagon overexcited and she drained her gas tank with her fast-paced offense right off the bat. Jedrzejczyk defended each takedown attempt and found little-to-no success in the grappling game. She would show rays of brilliance with her striking, but Jedrzejczyk would upstage her immediately and counter her with a straight-kick to the face.

The bout went the distance and when all was said and done, it was no surprise when the judges announced Jedrzejczyk as the victor.