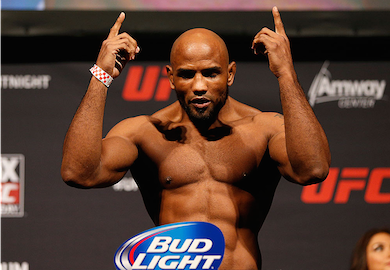 Silver Olympic medalist Yoel Romero shined in the opening fight of ‘UFC on FOX 11’. Brad Tavares tried his hardest to stay in the fight, but he suffered a size and wrestling-skill disadvantage and was painfully reminded of it throughout the fight.

Romero rag-dolled Tavares in his takedown attempts and took him down whenever he wanted to. Romero landed four takedowns in the first round alone, one of which was a high-impact toss. When they were inside the distance, Romero would still get the best of the exchanges and even busted open Tavares in the second round.

After landing a takedown, Romero’s favorite submission to work for was a kimura. Fortunately for Tavares, Romero could not quite lock it in and the series of events would conclude with them scrambling and standing in the middle of the octagon.