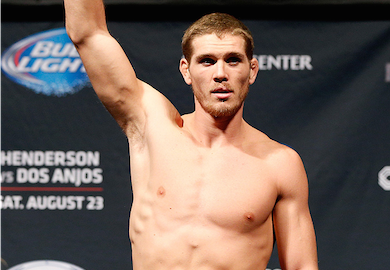 Jordan Mein’s first venture into the co-main event became a successful one when he knocked out an experienced veteran in the very first round.

Mein cocked back with all he had in his left hook and sent Pyle free-falling to the canvas. Mein dove on Pyle’s body and went in for the kill. Pyle tried his hardest to block the shots, but Mein was way to accurate and landed a series of unanswered shots. The referee waved off the fight before Pyle took any serious extra punishment.

This was Pyle’s 7th first round loss.