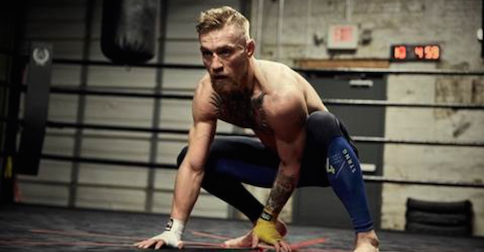 Fighters are taking to Twitter to speak their minds about the specifics of the UFC/Reebok sponsorship deal. The payout for the fighters was restructured last week and details were released today about the pay-grade for different tier fighters.

Fighters who have between one and five fights within the octagon will make only $2,500 per fight under the new system.

Check out the reactions below!

I've made six figures in sponsorship in each of my last 6 fights 😕 https://t.co/gotToaSDJh

Checked my email to good news! 21 in the books with zuffa. Thank you @lorenzofertitta @danawhite @Reebok @ufc

The Reebok payout is comparable to what many entry level fighters make in sponsors. I can't speak for veterans. #UFC #reebok

Congrats @Reebok, you got the deal of the century. Unfortunately, it was at the cost of the fighters. Hope the bad press is worth it. @ufc

Ill say it again I'm more of a @Nike man myself then a Reebok guy! #justsayingnohate 😆 pic.twitter.com/Y8FlT8BYl4

For me, I barely got any sponsorship money, but Im ok w/not whoring myself out to 6-7 companies to look NASCAR. New system= half my earnings

Definitely need to get more fights booked…according to what counts, I'm only at 6 since 2011…definitely not enough!!