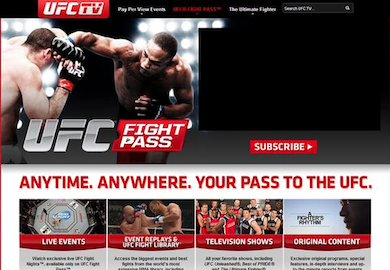 For the first time ever, UFC Fight Pass will cover the UFC 175 and TUF 19 finale media day, which will also feature an appearance from the cast of the upcoming TUF 20 coached by Anthony Pettis and Gilbert Melendez, which will crown the UFC’s inaugural women’s strawweight champion.

The agenda is as follows courtesy of fightnews.com

In hour one, the entire cast of The Ultimate Fighter® season 20 will be made available to the media just days after arriving into Las Vegas to begin filming. This season’s coaches, UFC lightweight champion Anthony Pettis and No. 2 contender Gilbert Melendez, will also participate.

In hour two, the stars of UFC 175 and THE ULTIMATE FIGHTER® FINALE: TEAM EDGAR vs. TEAM PENN will be on hand to take questions from media.

The event will close with UFC President Dana White’s scrum with media in attendance.