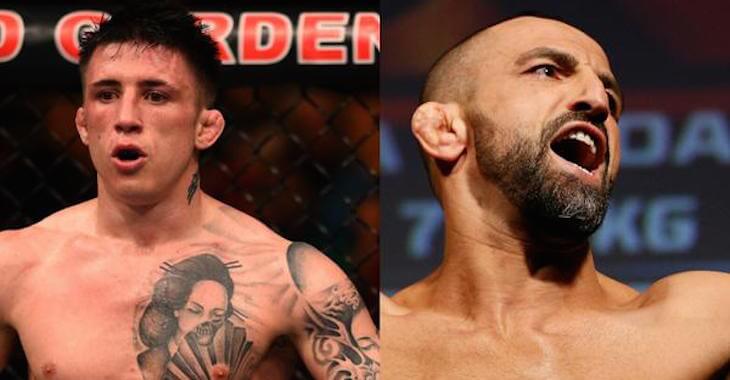 Now that the scheduled co-main event for UFC Fight Night Dublin has been canceled a new one has taken its place.

The heavyweight scrap between Stipe Miocic and Ben Rothwell was pulled after Miocic suffered an injury and a replacement couldn’t be found for the fight that was scheduled for next weeks event.

So now, after that fight had to be scrapped, the UFC announced that the fight between Norman Parke and Reza Madadi has been bumped up to takes its place.

The lightweights will now fight right before the big main event and look to put on a show. Madadi is coming back to the UFC after having spent one year, six months in prison in 2013 following an aggravated burglary of a luxury handbags in Sweden.

Parke is coming into the fight looking to avoid a third straight loss, after losing his last two to Gleison Tibau and Francisco Trinaldo.

So, who takes this one?