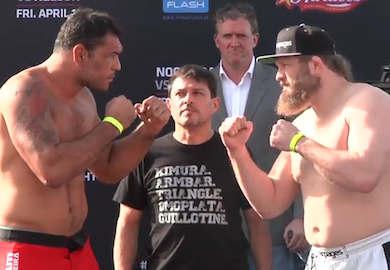 On the opposite side of the globe, ‘UFC Fight Night: Abu Dhabi’, was live on UFC Fight pass this morning.

If you aren’t a UFC Fight pass subscriber, or were stuck in an office today, follow along with us on BJPENN.COM for your fight night results.