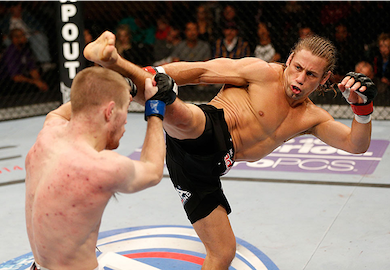 “He’s a stud. I have so much respect for Urijah Faber. This will be his fifth fight in ten months; he’s never looked better. The fights that he’s been fighting have been awesome. Just his attitude, everything about the kid is awesome. I love Faber.”

During Dana White’s recent UFC on FOX 10 media scrum he had nothing but compliments for UFC 169 headliner, Urijah Faber.

This article appeared first on BJPENN.COM
Previous articleWhite On Possibility of UFC 169 Going Up Against Super Bowl: ‘Wow! Wouldn’t That Be A F–ker’
Next articlePHOTO | Team Nova Uniao – A Murderers Row
© Newspaper WordPress Theme by TagDiv