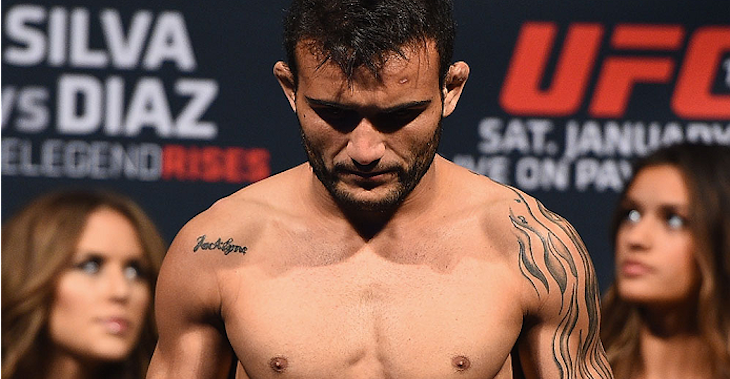 John Lineker put on an impressive performance inside the octagon in his final flyweight bout. He missed weight for the fourth time in eight UFC appearances and despite his victory, 30% of his purse will go to Ian McCall. Dana White mentioned he will be forcing Lineker to go up a weight class.

Ian McCall put on a great performance in the first round, but two near submissions from John Lineker in the second put him in the driver’s seat. Lineker not only controlled the center of the octagon in the final round, but he dictated the pace of the fight and landed some hard shots. McCall stuck with him and refused to get dropped, but he was never able to gain momentum to pick up the round and win.