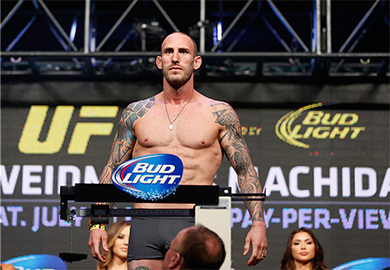 Luke Zachrich and Guilherme Vasconcelos wrapped up the UFC Fight Pass portion of the preliminary bouts with a middleweight contest. Even though it wasn’t as exciting as the first fight of the night, it was a strategic contest that saw the same pace throughout the entire bout.

Zachrich and Vasconcelos met in the center of the octagon right away, but it was Zachrich who dictated where the action went. He was the better counter striker and simply outboxed Vasconcelos. Vasconcelos landed a few good shots that brought Zachrich back to reality, but Zachrich had the momentum for the majority of the bout.

You could sense a bit of desperation from Vasconcelos toward the end of the fight as he was repeatedly looking for the same big shot over and over. He never landed that punch and the judges gave the win to Zachrich.