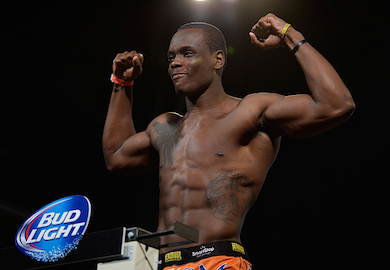 Ovince St. Preux opened up the fights with a submission we haven’t seen in a long time.

Ovince St. Preux landed a takedown ten seconds into the bout and transitioned right away to side control. Krylov was trying to prevent St.Preux from going to mount with a guillotine, but St. Preux countered with a Von Flue Choke that nobody saw coming. The commentators didn’t even see it coming; Krylov was out cold and Rogan and Goldberg called it after the fact.

Luckily for Nikita Krylov, the referee knew what was going on and stopped the fight as soon as he passed out.