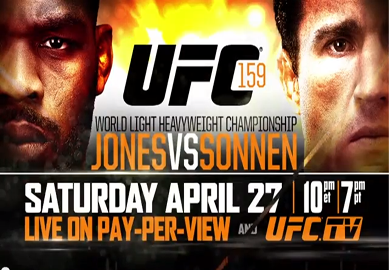 Today the official weigh-ins ceremony took place and each of tomorrow nights participants hit the scales to make their bouts official.

All but one fighter missed the mark for tomorrow’s pay-per-view event and as such has been fined 20%of his fight purse. That fighter was UFC welterweight Nick Catone.

The full UFC 159 Weigh-in results are as follows: